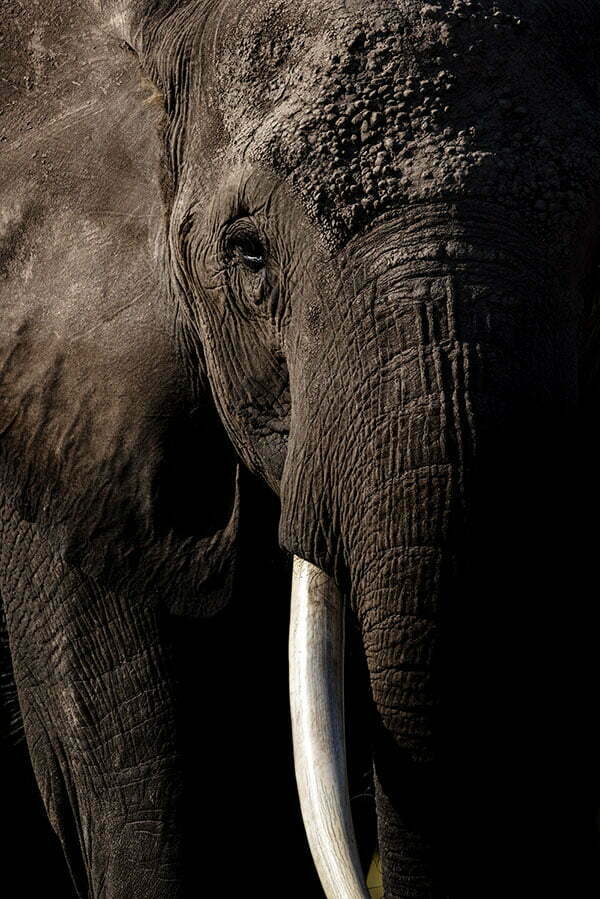 In partnership with Tsavo Trust

The Sponsor-An-Elephant program has been championing the Iconic Female Tuskers and we are proud to add the boys, both Big Tuskers and Emerging Tuskers (those younger males whose tusks aren’t quite large enough to be Big Tuskers, yet), into the program! Together they represent a vision of what African elephants were before widespread poaching and what could be possible again if we are victorious against poaching.

Big Tuskers
The classic African elephant of picture books,
these male elephants have giant tusks of over 100 pounds per side. 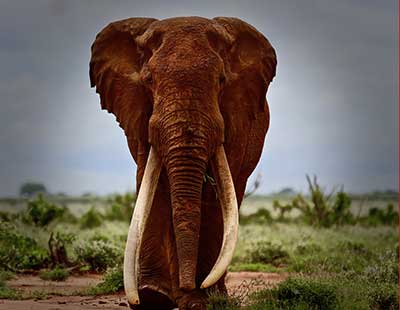 Temperament: Approachable on the ground from a vehicle. Quite relaxed and mostly sighted alone. 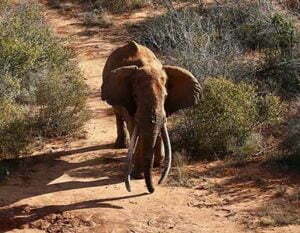 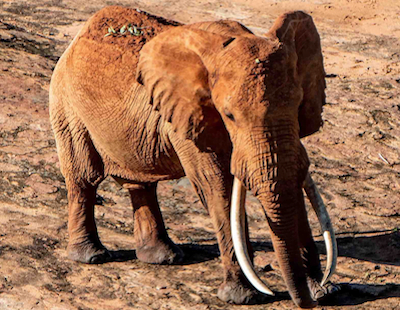 Temperament: Not approached on the ground to date. All sightings have been made from air.

Security Threats: We have little information to where IR2 wanders. However, the area he has been located is close to the Mombasa Nairobi road. 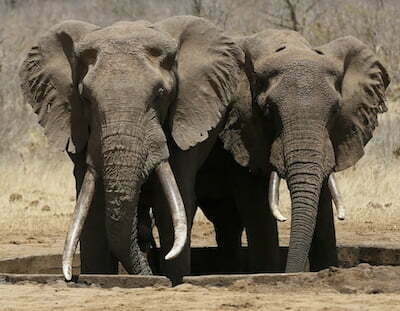 Home range: Frequents areas in the Northern boundary of Tsavo West National Park and is a real creature of habit.

Other notes: Sighted several times before being named and added to the Big Tusker Database. 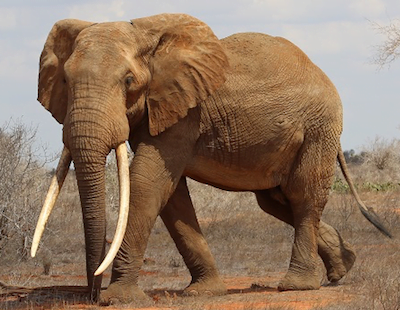 Temperament: Calm when approached in a vehicle. Aggressive when in musth.

Security Threats: Moves to areas outside park boundary at times into unsafe areas where elephants have been poached using poison arrows in the past.

Other notes: Sighted several times before being named and added to the Big Tusker Database.

Emerging Tuskers
Emerging tuskers are next in line to inherit the “Big Tusker” mantle.
They have large ivory and are just on the cusp of being considered Big Tuskers. 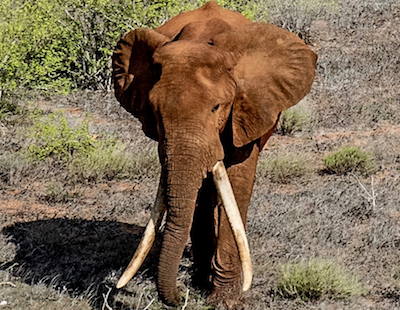 Temperament: He has been approached on the ground a few times, but his temper is determined by the area he is located. Most sightings of BU1 have been made from the air because his normal home range is largely roadless and very expansive. He is not easy to find.

Security Threats: Wanders large areas, some of which are known as hot spot poaching zones. 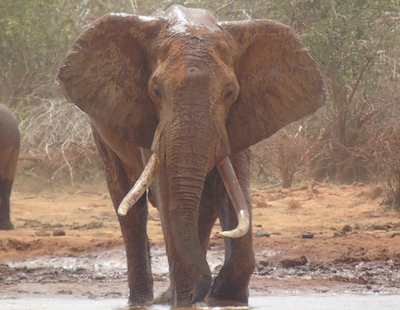 Temperament: Approachable on ground from a vehicle. Wary of the vehicle when approached near or outside park boundaries.

Security Threats: Wanders large areas, some of which are known poaching hot spots. His large ivory makes him a preferred target by trophy poachers.

These females provide one half of the valuable Big Tusker genes for future generations of majestic elephants. 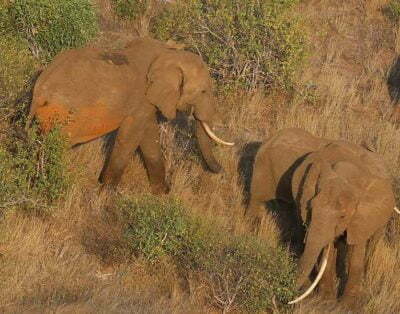 Herd: Matriarch of the cow-calf group.

Temperament: Approached on ground once to date. Calm within 30m of the vehicle.

Name Origin: Named after the area she was first located. Aruba is the name of a location in Tsavo East meaning ‘Elephant’ in Waatha language. 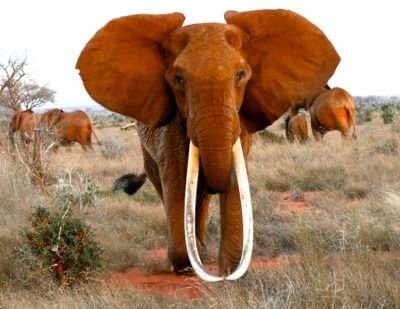 Temperament: Very protective of her cow-calf group. Dislikes being approached.

Herd: Matriarch of a herd formerly of 15 elephants, now 7 members. Has a sub-adult calf.

Name Origin: Named after the Dida Harea region of Tsavo East where she was first seen. 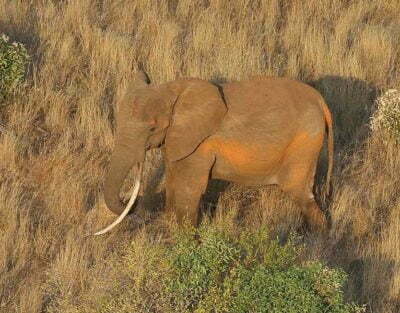 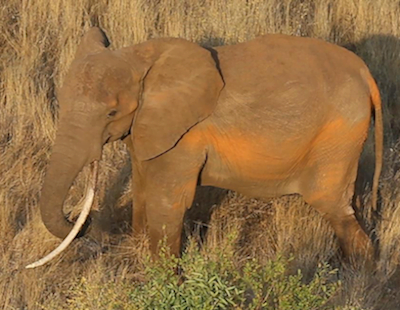 Temperament: Not approached on ground to date. All sightings made from the air.

Home range: Sighted mostly around Emusaya. But we are still learning her range area.

Security threats: Wanders in large areas some of which are historic poaching hot spots. 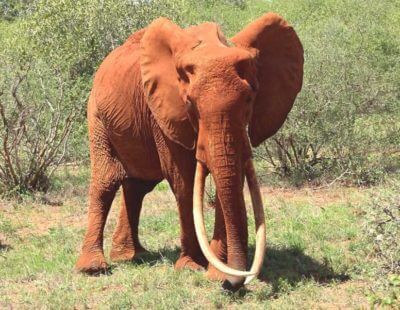 Temperament: Very protective and likely to charge when approached closer than 25 meters.

Herd: Currently has a 2-year-old calf, and matriarch to herd of 7 elephants.

Name Origin: Received her name due to the shape of her tusks, which cross at the lower ends. 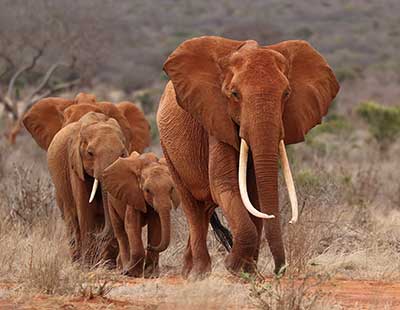 Temperament: Approachable and tolerative of our monitoring vehicle.

Herd: Currently has a 2-year-old calf, and matriarch to herd of 7 elephants.

Name Origin: F-IR1 was first named and recorded in the Tusker database in September 2021. She is named after the area she was first located, Irima. Irima is an area near the TENP HQ in Voi. The area is near the park boundary with communities. Infrastructural developments near Irima include, the Mombasa to Nairobi highway, the Standard Guage Railway, the old railway, a water pipeline, an oil pipeline, and an electricity grid.

No. times observed since recorded as a Tusker: Recently added to Tusker database and sighted seven times since.