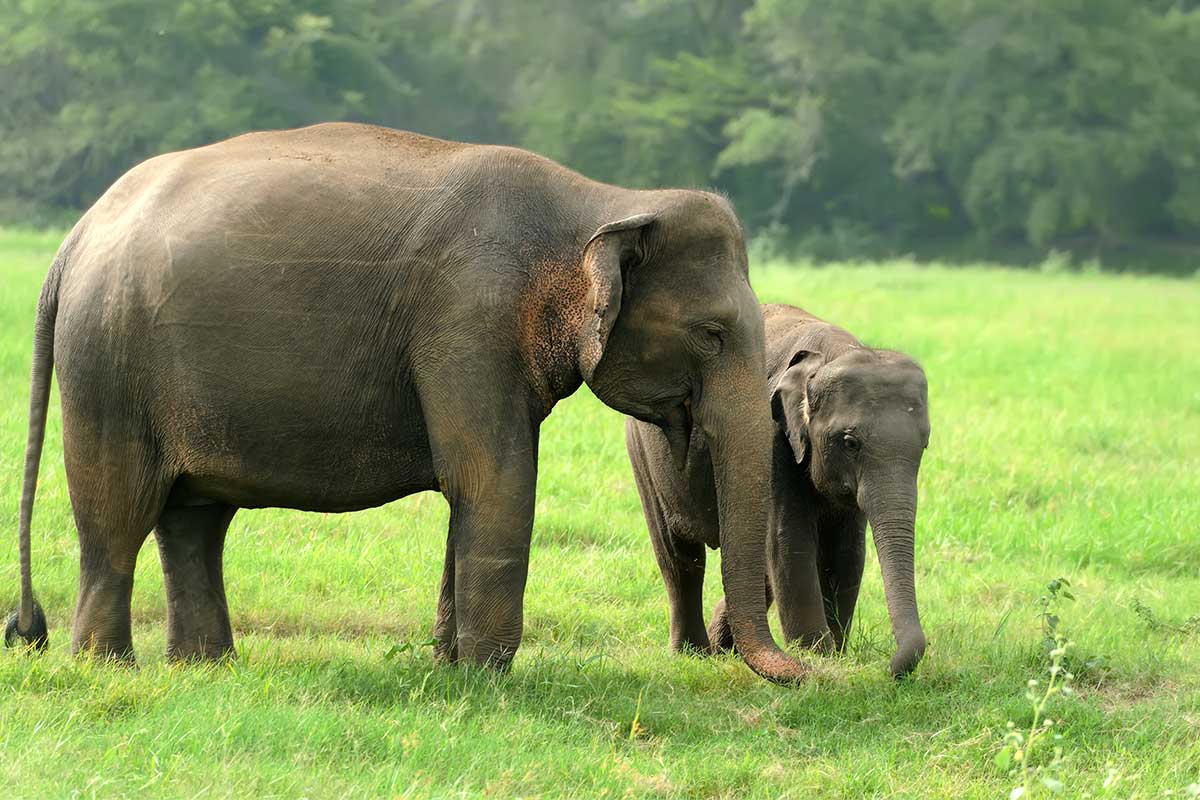 IEF support in Sumatra started in the year 2000 when we shared information and veterinary training and supplies with the staff of the elephant training centers on elephant husbandry and health care in an effort to make long-term positive changes in the lives of the captive elephants. Building on partnerships developed and knowledge learned, in 2004, IEF joined with partners to establish Conservation Response Units (CRU) to provide protection for plant and animal species through elephant back patrols of wildlife areas. The CRU model utilizes captive elephants, their mahouts, and forest rangers for direct field-based conservation interventions to support the conservation of wild elephants and their habitat and achieve positive outcomes for both elephants and people. The CRU project: 1) mitigates human-elephant conflict; 2) reduces wildlife crime activities in the important elephant habitat through forest patrol and monitoring; and 3) raises awareness among local people of the importance of conserving elephants and their habitat.

First established in the Seblat area near Kerinci Seblat National Park, CRUs were employed to protect 7,737 hectares in Bengkulu Province that is home to a number of protected and endangered species of flora and fauna, including tiger, elephant, tapir, and pangolin that serves as a critical link between the forest area and nearby Kerinci Seblat National Park. Proximity to local oil palm plantations and settlements makes this habitat under constant pressure from encroachments, illegal clearing, wildlife crime, and more. Patrols and informal community outreach help to secure this valuable patch of habitat used by some of Sumatra’s most threatened but magnificent animals.

The CRU model was extended to the communities surrounding Way Kambas National Park (WKNP) in south Sumatra where they suffer from high levels of human-elephant conflict. WKNP is home to the largest connected breeding herds of critically endangered Sumatran elephants. The Elephant Response Unit (ERU) teams in Tegal Yoso, Margahayu, Bungur, and Brajo Harjosari patrol hot spots and vital border areas to herd wild elephant populations away from crop fields. Subsistence farmers will often wake to find their entire fields destroyed by elephants who have ventured out of the protected habitats in search of food. ERU teams help protect farms and communities, serve as conservation education ambassadors, and stop wildlife crime. ERU team members also work with affected communities to facilitate community watch programs, encouraging the community to take an active role in conservation and the protection of their own crop fields.

IEF also supports the CRU program in northern Sumatra in Aceh province. Approximately 550 elephants out of the remaining 1700 elephants in Sumatra are located in fragmented habitat in this region where 7 CRUs work in partnership with government conservation agencies. The activities conducted by the CRU units are important for sustainable management, for mitigation of HEC, and to support local community awareness and involvement in forest protection.